This indicator measures the ongoing scale-up and uptake of ART and retention in ART programs as a critical step in the HIV service cascade and assesses progress towards coverage of ART for all eligible HIV-positive individuals when reviewed against the number of PLHIV that are estimated to be eligible for treatment. It allows us to track the response to the epidemic in specific geographic areas and among specific populations as well as at the national level. Disaggregations by age and sex can help better understand which populations are at epidemic control and which populations are lagging behind. Lastly, newly added disaggregations on ARV dispensing quantity can be used to determine uptake of MMD at PEPFAR sites, in PEPFAR SNUs, and across PEPFAR partners.

Calculation
How to calculate annual total: This is a snapshot indicator. Results are cumulative at each reporting period
Method of measurement

Count the number of adults and children who are currently receiving ART in accordance with the nationally approved treatment protocol (or WHO/UNAIDS standards) at the end of the reporting period. Importantly, patients who have not received ARVs within four weeks (i.e., 28 days) of their last missed drug pick-up should not be counted.

The following should also be considered:

​Patients excluded from the current on ART count are patients who died, stopped treatment, transferred out, or are lost to follow-up. Patients who have not received ARVs within four weeks (i.e., 28 days) of their last missed drug pick-up should not be counted. Patients do not need to qualify as lost to follow-up before tracing efforts commence. Efforts to trace patients that have missed a clinical visit or drug pick-up should begin immediately following a missed clinical contact.

Patients who have not received ARVs within four weeks of their last missed drug pick-up should be described further in the reporting of the TX_ML indicator. Patients that restart treatment after four weeks or more of being off ARVs should also be counted under TX_RTT in the reporting period in which the patient returns to care and restarts ARVs.

DO NOT include: Patients who receive ARVs for post-exposure prophylaxis (PEP) or short-term ART only for prevention (PrEP) should not be reported in this indicator.

Both KP-specific and clinical partners should complete these KP disaggregations, but only if safe to maintain these files and to report. Reporting of the key population disaggregation should be consistent with what is described under the KP_PREV “How to review for data quality” section on mutual exclusivity of an individual who falls under multiple KP categories (e.g., FSW who injects drugs). In such instances, the individual should only be reported in ONE KP disaggregation category with which this person is most identified. See Appendix A to support the identification of key populations at service delivery.

The first priority of data collection and reporting of treatment among key populations must be to do no harm. These data must be managed confidentially to ensure the identities of individuals are protected and to prevent further stigma and discrimination of key populations. 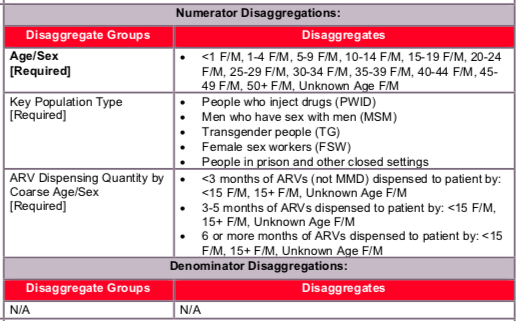 Count the number of adults and children who are currently receiving ART.

Provision of key staff or commodities for PLHIV receiving ART includes: the provision of key staff and/or commodities can include ongoing procurement of critical commodities, such as ARVs, or funding for salaries of HCW who deliver HIV treatment services. Staff who are responsible for the completeness and quality of routine patient records (paper or electronic) can be counted here; however, staff who exclusively fulfill MOH and donor reporting requirements cannot be counted. 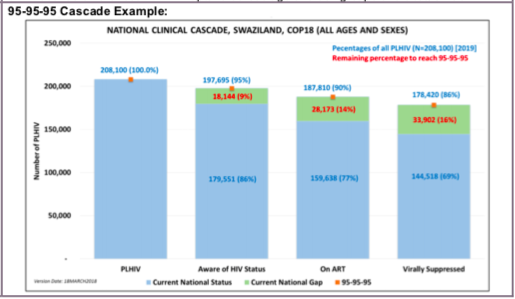 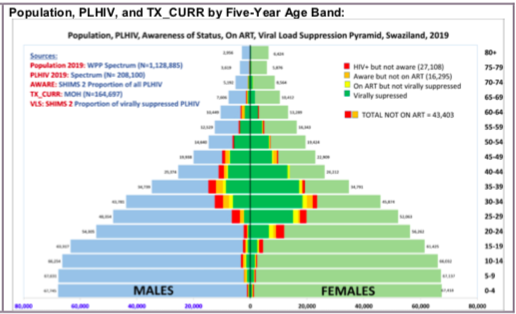