Tenofovir-containing oral PrEP reduces the risk of HIV acquisition among numerous populations when taken consistently. WHO guidelines recommend offering oral PrEP to those at substantial risk of HIV infection, (incidence rate of 3 per 100 persons per year). This level of elevated risk has been seen among serodiscordant couples with inconsistent condom use when the partner living with HIV is not virally suppressed, men who have sex with men (MSM), transgender people (TG), sex workers (SW) of all genders, and people who inject drugs (PWID), as well as adolescent girls and young women (AGYW) in many parts of sub-Saharan Africa. PEPFAR supports WHO guidelines on the use of PrEP as part of a package of comprehensive structural, biomedical and behavioral prevention services. In most settings, PrEP will be integrated into existing prevention or treatment services for the target population.

As PEPFAR continues to scale up PrEP service delivery, monitoring the PrEP cascade will be important to understand which populations are using this prevention intervention, as well as their length of time using it and their HIV outcome. Understanding the PrEP cascade by population will help improve implementation strategies for those in highest incidence communities initiating PrEP and the retention strategies to support them to stay on PrEP.

Number of individuals that received oral PrEP during the reporting period

The numerator can be generated by counting the number of individuals that have received PrEP during the reporting period, in accordance with national guidelines or WHO standards, including both those individuals newly initiating on PrEP and those continuing to receive PrEP. PREP_CURR reflects all persons receiving PrEP during the reporting period.

Reporting of the key population disaggregation should be consistent with what is described under the KP_PREV “How to review for data quality” section on mutual exclusivity of an individual who falls under multiple KP categories (e.g., FSW who injects drugs). In such instances, the individual should only be reported in ONE KP disaggregation category with which this person is most identified. See Appendix A to support the identification of key populations at service delivery.

The first priority of data collection and reporting of PrEP among key populations must be to do no harm. These data must be managed confidentially to ensure the identities of individuals are protected and to prevent further stigma and discrimination of key populations.

NOTE: In accordance with PrEP guidance, not all PrEP beneficiaries are expected to fall within the KP disaggregates, therefore the total disaggregations for KP does not have to sum to the numerator total. Both KP-specific and clinical partners should complete these KP disaggregations, but only if safe to maintain these files and to report. 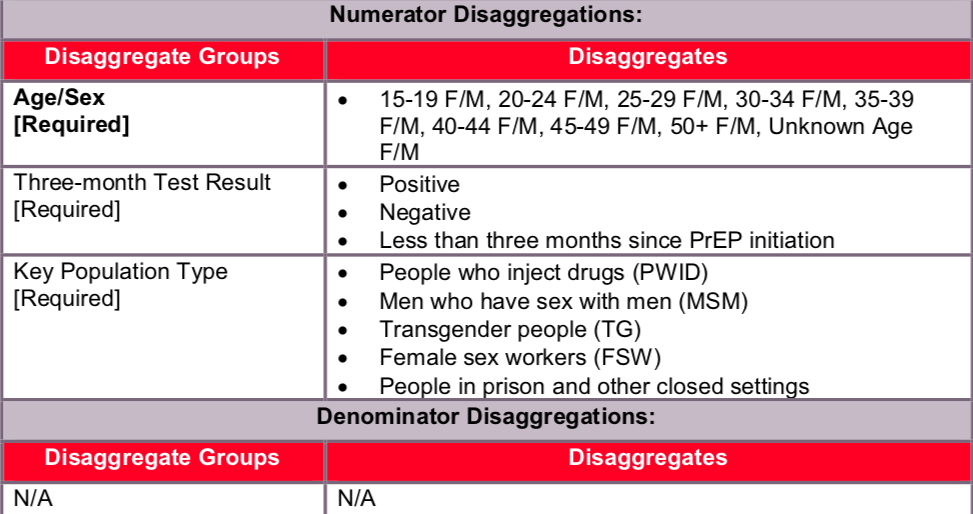 Provision of key staff or commodities for PrEP services includes: ongoing procurement of critical commodities (excluding HTS commodities) such “tenofovir-containing PrEP” which could be TDF alone, TDF/FTC, or TDF/3TC or funding for salaries of personnel providing any of the prevention package components (i.e., clinicians, outreach workers, program managers). Staff responsible for the completeness and quality of routine patient records (paper or electronic) can be counted here; however, staff who exclusively fulfill MOH and donor reporting requirements cannot be counted. 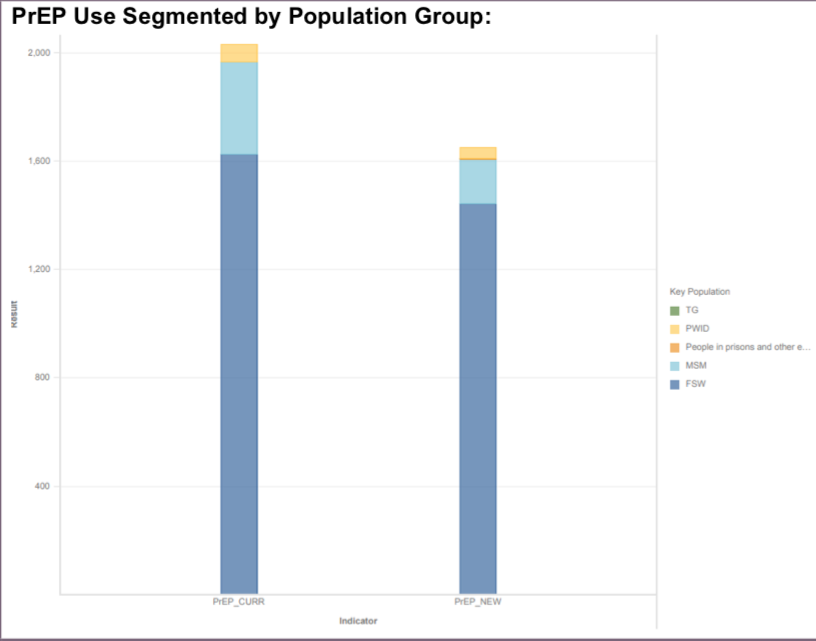